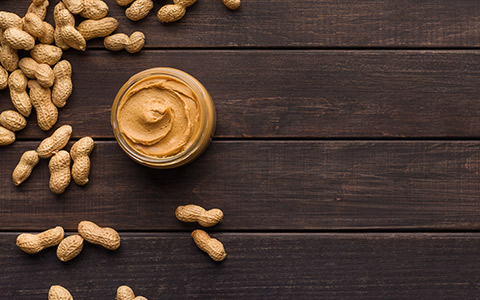 A major peanut butter manufacturer that had recently been acquired by a private equity firm had completed the acquisition of a second manufacturer in ON.

The executive wished to examine the potential to relocate the existing BC facility closer to source ingredients and expand exiting ON facilities to handle Canadian demand.

A second division of the business was in BC and would be able to handle local distribution, some product storage and local administration.

Raw product was sourced from three main regions: China, South America and US. US product imports constituted a significant portion of raw materials and assisted with maintaining quotas under NAFTA.

Over 80% of the production from the BC plant was sold out of province, with a significant portion exported to the US.

A recent plant consolidation project had resulted in relocation of nearly 75% of the rented facility currently occupied by the BC plant, with only the peanut butter manufacturing equipment and raw materials remaining. There was a desire to relocate to allow the client to exit the lease.

One of the existing ON facilities was located on a lot with room for expansion.

The recently acquired manufacturer in ON had some spare capacity that could potentially handle the Canadian distributed product currently manufactured in BC. US bound product could then be manufactured in a new facility to be optimally located.

The BC roaster and production line was old and in need of upgrade to restore it to manufacturing capacity. Additional cooling capacity was also required in ON.

Kelmic developed a detailed and comprehensive manufacturing cost model with various growth scenarios to determine the expected production cost per lb for various plant locations. Based on this, an ideal location of SE US was determined. Cost savings of between 10c and 14c per lb were projected.

Following this initial phase of the project, a comprehensive business case was developed for the relocation of the equipment and establishment of a new facility in SE US. This included expansion of the exiting ON facility, and upgrades to the equipment to boost capacity.

Kelmic sourced several potential facilities in Georgia and Alabama and assisted in selecting the preferred alternative and in negotiating the lease.

Floor plan layouts were developed for 5 phases of growth allowing addition of two extra lines and over 120,000 sq ft of warehouse space.

Equipment was dismantled and shipped to SE US , upgraded, installed and commissioned. Kelmic assisted the client with recruitment of staff and start-up of the plant.

The vacated BC facility was repaired and cleaned and returned to the landlord while the Ontario facility was expanded and upgraded with additional cooling capacity and added votators.

The entire relocation was completed in 9 months.

Savings of over 13 c/lb were achieved through labor cost, facility cost and inbound transportation costs. Projected savings at full capacity (phase V) will equate to over $17 million per annum.