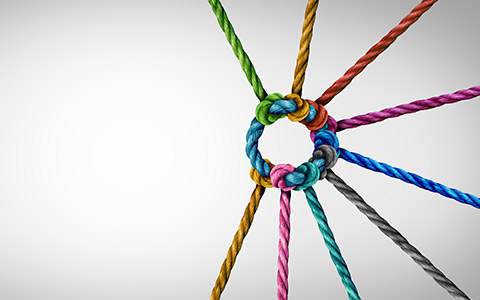 A billion-dollar leader in the manufacture and distribution of automotive parts and associated products was operating under a decentralized management model.

This decentralized methodology was leading to significant challenges with the implementation of an efficient ERP system. Multiple part numbers for similar products had resulted in several different live SKU lists and an inability to easily aggregate annual spend and leverage this for greater discounts and buying power.

Administration and financial support roles were duplicated, with six financial VPs across the 19 business units. Many admin functions were less-than-full-day roles and there was a general level of inefficiency.

Executive management was struggling to secure timely data from all sites. It was proving extremely difficult to produce suitable KPIs to steer the business. The lack of BU integration prevented drill down across the different units, despite many similar functions. Cost comparison was difficult and required extensive and labor-intensive manipulation of data.

Buying functions were also decentralized. Each BU had its own SKU numbering system leading to duplicated SKUs for identical products. This in turn was resulting in different business units paying different prices for the same product. Increased leverage with bulk buying was nearly impossible for all but major steel purchases.

The lack of consolidated data was preventing any form of meaningful forecasting of demand. Some products were ordered for one BU while being overstocked in another BU.

Different approaches to financial reporting and different charts of accounts meant consolidation was time consuming and prone to errors.

All 19 BU SKU lists were rationalized, and similar products were aggregated and given the same SKU number.

All charts of accounts were rationalized with one consolidated set produced and each BU using a sub-set. Consolidation was automated and streamlined.

Job functions in admin and support were detailed. A database was developed with skill requirements for each position clearly defined. Activity lists were produced with annual volumes of work by task and these were matched with expected production rates. Correct staffing levels were set resulting in a 44% head-count reduction.

Existing staff were skill-assessed and matched for best-fit with new job roles and functions allowing for better selection of staff fit for the roles.

An aggregated spend analysis was created and was used to drive down annual spend by over 9%.

Redundant roles across BUs were eliminated and the reporting structures were clearly defined.