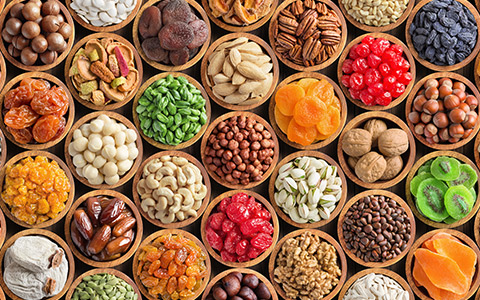 Learnings From A CPG Company

This leading North American nut and dried fruit packager had been recently acquired by a private equity firm.

The scope for rationalizing their facilities had been identified provided manufacturing and warehousing could fit into a single location.

Operations in BC were located in two facilities approximately 20 km apart. The larger facility contained several underutilized or redundant production lines and a poor layout.

The engagement began with a feasibility study, including development of a proposed layout based on improved workflow and a calculation of potential inventory rationalization and warehouse redesign. Kelmic then undertook the engagement to manage the entire process of relocation, warehouse re-racking, inventory rationalization, MRP improvement and implementation of a Warehouse Management System.

Through redesign of production and warehousing layouts using narrow-aisle technology (non-guided), all snacking nuts, baking nuts and fruit product lines could be accommodated along with 8,500 pallets of storage. This, combined with the relocation other manufacturing lines to the US allowed the closure of one facility saving over $1.2 million in annual rent in addition to millions in redundant operating costs.

Critical to success was achieving a minimum of 20% reduction in inventory space requirements (2,300 bins) without sacrificing product availability to ensure a fit.

The feasibility phase estimated project costs and schedules and justified the project go-ahead as a result of a payback period of less than 13 months, driven by labor rationalization and inventory holding cost reduction (not accounting for savings from real estate rentals).

In addition to the above workstreams, significant upgrades to the existing electrical panels and the gas supply were also undertaken. The project also involved the relocation of chiller units required to cool a 2,000-pallet cooler.

The forklift equipment was replaced and a FML arranged for new, narrow aisle equipment at an ongoing cost significantly less than the existing cost of equipment ownership.

A new WMS and MRP system were implemented resulting in a 28% reduction to inventory through improved replenishment protocols. This resulted in a reduced space requirement allowing closure of one facility and reducing inventory financing costs more than $500,000 per year. Additional savings from rent reduction and removed duplicated resources exceeded $3.1 million per year.

The project was fast tracked and completed on time and on budget with no disruption to customer service.